CISM: Learning from the best 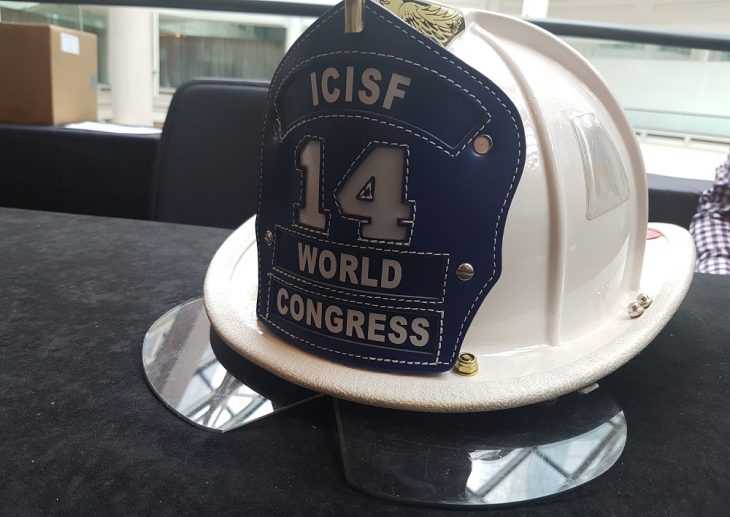 Over the years, effective critical incident stress management (CISM) has become increasingly prevalent among emergency services. A protocol devised to deal with traumatic events, it allows those involved to share their experiences and emotions, learn about stress and its management, and avail of further help if required.

Dublin Fire Brigade (DFB) is one of a number of Irish emergency services that has a full-time CISM response team for personnel who need to talk about their experiences. New recruits are provided with several days’ worth of CISM training during their early days in the job, and similar training is provided to emergency service controllers. In addition, CISM training is provided when a member of DFB receives a promotion, before going out into the field. When required, the CISM team also organises one-to-one interventions post-incident, as well as group interventions two to three days later.

At the head of DFB’s CISM team is coordinator and Station Officer Adrian O’Grady, who recently travelled to Baltimore to take part in the International Critical Incident Stress Federation World Congress, May 1st – 6th on stress, trauma and coping mechanisms. The governing body that oversees the accreditation and standard of CISM training across the world, the Federation runs a world congress every two years, an opportunity to network, meet fellow professionals, and share ideas.

“It was a joy to be at, full of training lessons from around the world, of disasters, the aftermath of disasters, support needed in disaster scenarios, but also the small stage incidents that we encounter regularly,” says Adrian, who recently added certification as an Eye Movement Desensitisation and Reprocessing (EMDR) practitioner to his skillset, a psychotherapy that facilitates those affected by trauma to resume the normal processing of information. “There were some new ideas over there, some old ideas that have worked very well. It was a very open congress, it was about learning from the mistakes we’ve made, and pushing forward in new ways of working. An excellent experience.” 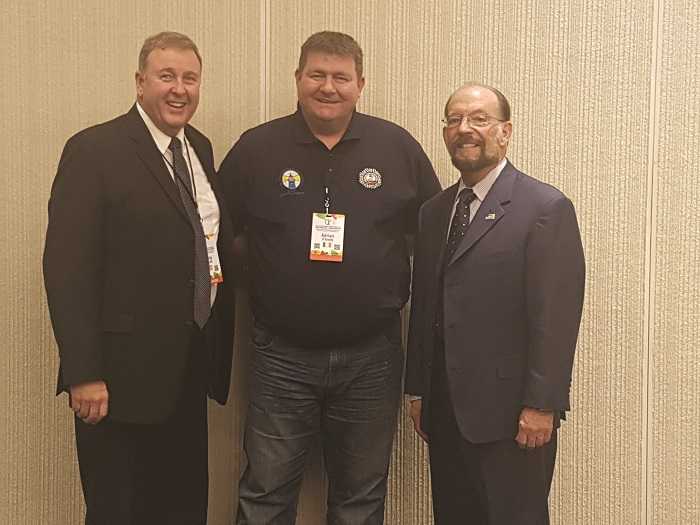 Thankfully Ireland hasn’t been exposed to a major emergency incident since the Stardust fire in 1981. However, this means that DFB’s CISM team only has experience in assisting in the aftermath of smaller scale incidents, and thus the chance to learn from those who have dealt with major emergency events was invaluable.

Among the incidents discussed throughout the week was the Pulse nightclub shooting in Florida last year, in which 49 people were killed and 53 injured; the 2016 shootings in Dallas in which nine police officers lost their lives, the deadliest incident for US law enforcement officers since 9/11; the 2015 Baltimore riots following the death of a man in police custody; and the aftermath of Hurricane Katrina. Outside the US, the case of Germanwings Flight 9525 was highlighted, in which a passenger flight from Barcelona to Dusseldorf was deliberately crashed into the French Alps by the co-pilot, who had a history of depression. All 144 passengers and six crew members on board were killed. “To hear the experiences of people in the aftermath of those incidents was phenomenal,” Adrian explains. “A lot of people at that congress were the same kind of people, people who have worked on the ground at major incidents and understand what it’s like. It was great to mingle with them – they’re usually in the background.”

For Adrian, it was also a chance to meet the founding fathers of CISM. CISM training was first devised by Dr Jeffrey Mitchell, a former firefighter and paramedic who came to a realisation that there was a need for additional support and interventions in the aftermath of a traumatic incident. Dr Mitchell wrote a paper outlining his ideas in 1983, and from there the field of traumatology exploded into being, aided by the work of George Everly, the co-founder of the International Critical Incident Stress Foundation. “You’re seeing the people who wrote the entire system – they’re still there and they’re at the top of their game. George Everly is at the top of neuroscience and neuroplasticity. He’s more or less proven that CISM still works because neuroscience is now saying it does. Because we’re taking scans of the brains it’s telling us that we’re hitting the right areas with the work that we’re doing,” Adrian says.

Having had the chance to mingle and learn from colleagues around the world, Adrian understandably came home bursting with ideas on how to improve DFB’s CISM unit. For example, a dog handler who worked tirelessly among crews on the site of the Twin Towers in 9/11 spoke about the effectiveness of using dogs in the aftermath of major emergencies, which could be incorporated within the work of DFB’s team in the future, particularly with members of the public. Adrian also noted the use of a mini pedalo by emergency dispatch personnel while on duty. “If you’re traumatised and the adrenaline is rushing through your body, you still have to take the call, there’s nowhere for it to go,” he tells me. “The pedalo enables you to release some of the adrenaline from your system, though I don’t know how that will go down!” One of the US fire departments has developed a comprehensive suicide prevention programme – DFB does quite a lot of suicide prevention training, but this particular programme was more hands-on and open in terms of discussing suicide and the risks among emergency service personnel. Adrian has presented these ideas to DFB management, who have provided fantastic support to the CISM team and to Adrian in travelling to Baltimore.

However, he also had the opportunity to share a unique concept created by DFB’s CISM team – the family CISM information nights in the OBI, which provide the family members of new recruits with information on what their loved ones could go through in the future, and the tools required to help them get through difficult times. “That seemed to have gone down very well over there, a lot of organisations don’t do the family nights,” he explains. “I’ve already been in touch with several fire departments over there who want to see what we do, how we do it, when we do it, and how we present that package to members of the public. We brought as much as we took, which was great.” 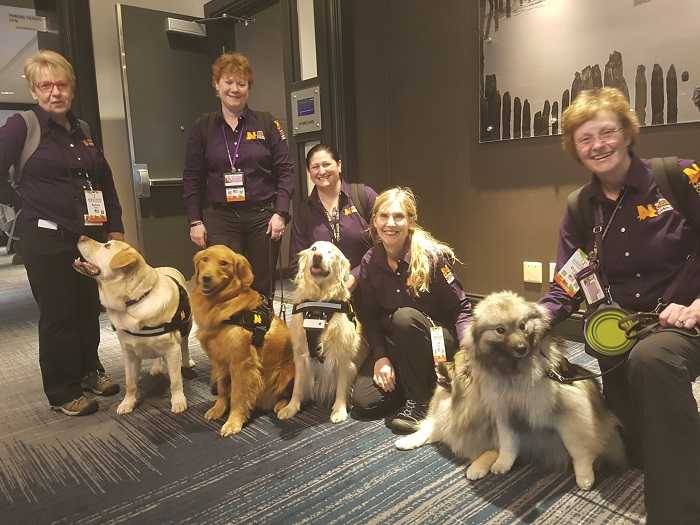 The plan now is for DFB’s CISM unit to progress further, to continue to incorporate international best practice, to learn from the mistakes and experiences of other services and to stand shoulder to shoulder with colleagues around the world. The team is a guiding member of CISM Network Ireland with T/O Brendan McNicholas as its current chair, and is in contact with the new European network as it begins to evolve. The research arm of the CISM team has also recently presented a paper at the European Association of Work and Organisational Psychology Congress held in Dublin in May.

“We’re prepared, and we’re a lot more prepared after this congress than we were before,” Adrian says. “It’s just a matter of disseminating all of this information to the team and across the job. There are areas for gentle improvement, but the quality of our team is up there with everyone else.”

As the CISM unit continues to grow and expand its horizons, the team members will play an ever-important role. Adrian notes that they’re looking for new team members as the current unit is at the end of a four-year cycle, one that’s in place to avoid secondary traumatic stress. “I can’t ask anything more of the team that has worked for the last four years – they’ve done their duty phenomenally,” he says. “They give up their time, their family and home time, and will drop everything in a heartbeat to be a support for their colleagues. It’s on the back of those people that the team is in such a good place.”