From Kilbarrack to the world 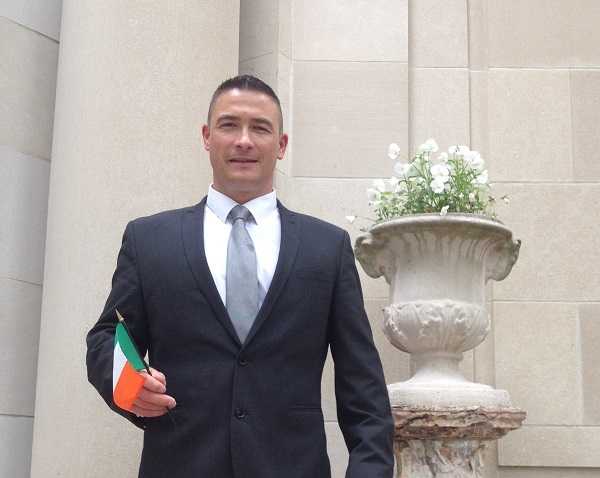 We spoke with Kilbarrack firefighter and The GreenPlan founder Neil McCabe to discover more about his recent exploits.

Six years ago, Neil McCabe’s life changed forever with the publication of The GreenPlan, a guideline for sustainable development within Dublin Fire Brigade that was three years in the making. Changes made within the flagship station, Kilbarrack, led to significant savings and the establishment of a ring-fenced fund for the sustainable development of other fire stations across the city, a project that is still underway today.

But Neil’s influence hasn’t remained within Dublin city, or indeed Ireland. In 2011, he was invited to speak in the UK’s House of Commons concerning climate change by the then coalition government, who sought his advice on how they could factor this issue into their budget. His expertise is also in demand across the EU, and he has served as an expert analyst providing improved ways by which to procure services for fire brigades. The opportunity to spread his ideas beyond our borders is certainly aided by his role as an Ashoka Fellow, part of a global network of social entrepreneurs striving to make a real difference in collaboration with those who can effect change.

“Because of that, as a social entrepreneur, it has pulled in a lot of big support, where people want to help make this happen because they believe in the whole ethos of what I’m trying to achieve,” he explains. “I’m very lucky for that. The vision for The GreenPlan is to improve the quality of life on Earth for present and future generations.”

His tireless work was most recently recognised by the International Corporate Social Responsibility Award, which he was presented with at the Mansion House in August. “The idea is that it’s saying that, for large corporate businesses, there’s finally a best practice that is genuinely sustainable, and that’s The GreenPlan. And they’re saying that large, global companies need to take on board The GreenPlan to bring real change to their businesses. It’s a huge honour to receive that.”

The impact The GreenPlan is having on a global scale is perhaps best highlighted by Neil’s participation in the 2016 Young Transatlantic Innovation Leaders Initiative (YTILI), an international exchange programme which brought 47 Europeans from 45 European countries to four different US states in a bid to enhance ties and stimulate economic growth between the US and Europe. “That was without doubt one of the biggest things I’ve ever done in my life, other than getting married and having children!” he says with a laugh. Selected to represent Ireland by the US Embassy here, Neil was whisked to the US by the Department of State to spend a month there with the initiative. His time began in Washington DC with discussions surrounding entrepreneurship and innovation in the US, followed by two weeks at the helm of a business in Seattle, at the same time as Microsoft’s purchase of LinkedIn for $28bn.

“We actually took over the whole company that we went to, which was just a crazy experience. I was a firefighter the week before and then I was running a corporation in America! It was a once-in-a-lifetime experience,” he says. The programme concluded with a week in San Francisco, with the fellows given the chance to attend the Global Entrepreneur Summit in Silicon Valley as guests of The White House at Stanford University. “Apart from the many adventures and experiences we had, we got to meet [former] President Obama who I can now say knows about The GreenPlan,” says Neil.

That’s impressive in and of itself, but that trip also saw Neil giving a lecture on climate change to some of the foremost business minds in the world. “If I could prove my point there I could prove my point anywhere else in the world,” he tells me. “One strange thing happened later that day – I met Reid Hoffman, the CEO and founder of LinkedIn. I had a masterclass on how to think in an American corporate way for social good, and while that was happening all I could think about was that two days beforehand he sold his company for $28bn while I was in Seattle!” 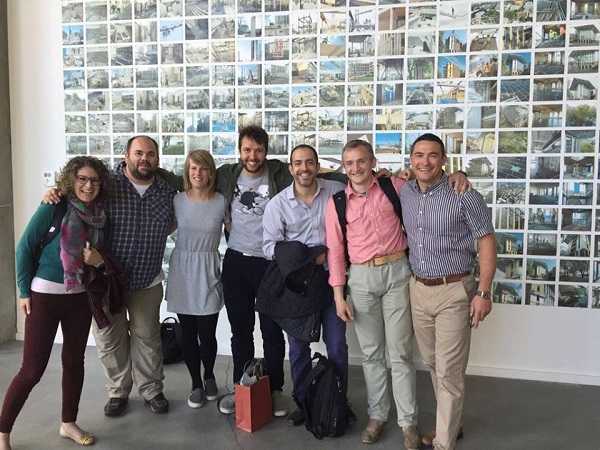 The Seattle cohort of US fellows from seven EU countries. Photo: Neil McCabe

Alongside meeting President Obama, he also had the opportunity to pay a visit to the Singularity University in the NASA Research Park in California, a think-tank that aims to get people to think outside the box, and spent a day there taking masterclasses on how to think different. At Google HQ he met Vint Cerf, one of the fathers of the internet. “To become an alumni of the Department of State for life is really a fantastic honour. I still haven’t fully digested or comprehended the scale of this, because the opportunities that are coming off the back of this are just so big in scale – it’s just an exciting time,” says Neil.

One such opportunity arose at the beginning of October last year, when Neil addressed the EU Parliament in Brussels on the subject of transatlantic trade. He was there as a guest of John Kerry, who told gathered leaders about the positive impact that Neil’s involvement in YTILI will bring to the US and the EU.

Neil’s busy schedule doesn’t stop with presenting his ideas to some of the world’s foremost minds at Stanford University or in Brussels. Perhaps his main focus of late has been the release of The GreenPlan as a massive open online course (MOOC) – available at alison.com – giving communities across the globe free access to these materials in a bid to grow The GreenPlan to scale, and shifting the focus from fire brigades to communities around the world. In Ireland, seven communities are already enacting the principles of The GreenPlan. Mulranny in Co Mayo became the country’s first full accredited village, and was the overall winner at the 2016 Irish Responsible Tourism Awards. Dublin’s Lord Mayor Brendan Carr is also onboard, having pledged to contact every mayor in Ireland and urge them to both undertake this course and encourage others to do so.

“That has taken so much effort – writing the course content as a manual, writing the toolkit, preparing everything, the feasibility of whether communities will elect community leaders to take on the project,” he says of the project. “That has been more than full time! I really wanted to get the idea out that this thing called The GreenPlan does work, and it’s verified around the world as being best practice. The best way to do it is to give it away for free, to create real impact and real change.”

He’s also the co-founder of a young, vibrant clothing company based in Dublin which launched online last summer – Grown, an ethical clothing brand which places sustainability at the heart of its operations. Neil’s role is to embed sustainable development into every aspect of the business. The brand uses renewable technology to produce the energy required to make the garments, makes use of earth positive materials and inks and recycled water, while plastic materials are recycled and turned into wool.

Despite his growing influence around Ireland, the EU and the US, where he and The GreenPlan are making huge strides in trying to build a better future, Neil still works as a FF/P in Kilbarrack, which he tells me helps to keep him firmly grounded.

“The lads in the fire station are fantastic supports. They’ve got behind me on lots of different projects, but they also keep me grounded,” he says. “I’ve won so many different global awards, international best practice awards, and the lads get great craic out of saying to me the next day ‘don’t forget you’re on the ambulance on Wednesday night.’ And that brings you down to Earth pretty fast!”

Nevertheless, Neil is understandably pleased with the nine-year journey that has brought him to this exact point, where his creation is spreading across the world in a bid to generate change on a global level. “From humble origins in Kilbarrack fire station I can really see, finally, that this is going to happen properly. The fact that it doesn’t need me, and is completely non-exclusive, is something that I am really proud of,” he explains. “I owe that to my family, I owe that to my friends, I owe that to the lads in the station. I am now starting to see the full scale implications, and I am genuinely proud of it.”