Working on the frontline 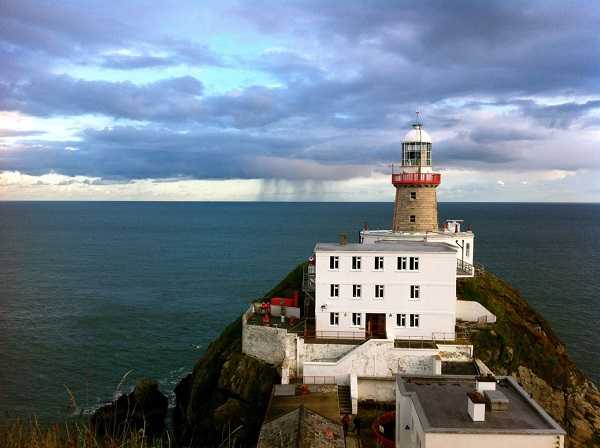 Robin Blandford leads an interesting life. One day could see him responding to a maritime emergency as part of his work with the Coast Guard in Howth; the next, a flight over a remote oil and gas site in Alaska. It’s all part and parcel of his work as the founder of D4H Technologies, based in the Bailey Lighthouse in Howth, a software firm that helps emergency teams across the globe to ensure they are ready for whatever comes next. Though D4H works with some organisations in Europe, the vast majority of its clients are based in North America, divided between the USA and Canada.

Blandford’s background is in the Irish Coast Guard, through which he has risen over the years to become acting deputy officer in charge of North Dublin. His membership of the Scouts and his role as a scout leader had engendered an interest in mountaineering, followed by first aid. Though he originally looked at joining a mountain rescue team, he instead opted to join the Coast Guard in Howth. Eight years ago he built a basic database programme to assist Coast Guard operations at the station level, to analyse incidents, help manage training schedules, the calendar, and other day-to-day tasks. “That just grew and grew and eight years later we have a range of products that are delivered to 16 countries,” he explains.

Their software, Blandford notes, is all web-based and focuses on readiness, making sure that equipment is ready to respond, making sure that people are trained and experienced, ensuring that incidents are being analysed and creating a feedback loop to improve training and readiness. That readiness software is used in every large scale disaster, says Blandford, including the salvage of the Costa Concordia cruise ship which wrecked off the Italian coast in January 2012.

“We have 16 countries where we have organisations or governments using the software. It’s mainly North America, and that is split about 50-50 between Canada and the US,” he says. “They’re slightly different markets. Canada is a little bit more in the wilderness side – search and rescue or remote oil and gas sites. The US tends to be more hazardous material response, HAZMAT chemical response. [We work] more through fire departments, emergency management agencies etc.”

In Ireland, however, they have yet to make their mark. At the moment the only work the firm does here involves search and rescue between Irish Water Safety, the Irish Coast Guard and several mountain rescue teams. “It’s very much volunteer stuff in Ireland – there’s just not the market,” he explains. “DFB is the only big organisation that would be that applicable to us. We think there might be some military interest, but for us there’s a huge investment to do that for a very small market.

We’re totally focused on North America where we jump from county to county, and they each have a DFB – it’s much, much bigger.”

Generating new business is the tricky part – D4H hasn’t yet reached the point where their name is universally known within the market, and where fire departments or other emergency teams immediately gravitate towards their solutions. Blandford describes their approach as two-pronged: spears and nets. 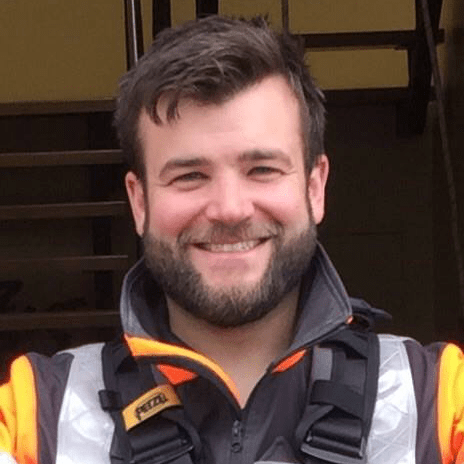 “Your spears involve initial targeting – we know if it’s an emergency management agency, some county or state in the US, we can find out the name of the emergency manager who’s in charge. We directly target that person through meeting them at conferences, phone calls, emails…quite a targeted approach,” he explains. “The [opposite] side of it is the marketing. The biggest companies in the world will still target their sales.”

Blandford also notes that his background within the field is of huge help when it comes to speaking his clients’ language. “I’m always on customer sites or conferences. Every city I go to I end up riding in a fire tender or on a boat in the bay or whatever. Because they know you’ve got all the certs and you’ve got all your tickets for everything in order, you get invited out – it makes a massive difference.”

It’s clear that Blandford relishes every day of his work, and the enjoyment shines through in his voice and in his words. “You could be six months dealing with [a client] on the phone, or maybe they’ve been a customer for a year. And then sometimes you get flown up in a charter plan to some remote oil and gas site and you actually see – in the middle of nowhere in the world – that there’s a team of 50-100 firefighters using your software daily,” he says. “Or you hear of it being used – common lingo like you’d say ‘hoover that up’ or ‘Google that’. You hear phrases like ‘have you made sure you’ve added that to D4H’ – the word D4H gets thrown into conversation.”

The firm is on a massive growth trajectory now, with plenty of interesting projects on the go. County deals in the US are turning into statewide deals, for example, with ten fire departments coming on board at once. Exciting times are undoubtedly ahead for the small firm based in a lighthouse in Howth.