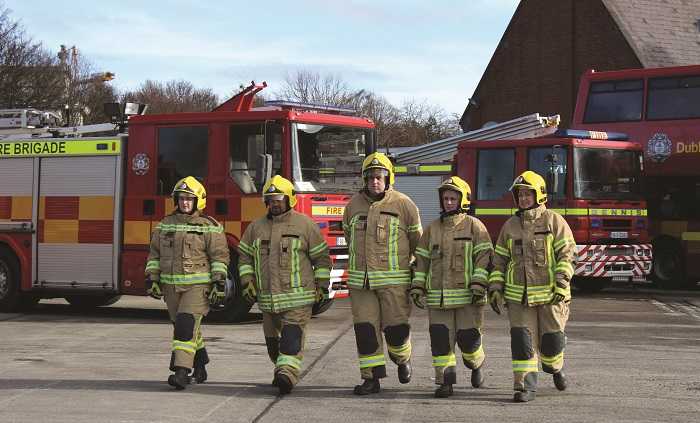 RTÉ’s Operation Transformation celebrated its tenth anniversary this year, setting another five leaders on the path to a healthier lifestyle. Conor Forrest caught up with S/O Dave Connolly to learn more about Dublin Fire Brigade’s involvement in the show.

Celebrating its tenth anniversary this year, RTÉ’s Operation Transformation returned to our screens last January and February, with five new leaders put through their paces through an intensive eight-week programme in a bid to radically change their exercise and eating habits. For the third year running, Dublin Fire Brigade partnered with the show to set the leaders a series of physical and psychological challenges, this time with two firefighters in the form of S/O Dave Connolly and FF/P Stephen Howard, pushing them to their limits each week.

For Dublin Fire Brigade, the show represents an opportunity to showcase the depth of experience within the brigade, alongside the types of incidents they regularly respond to. The bar was set high (literally and figuratively) at the end of the first week: the leaders assembled at La Touche House in Dublin’s docklands, an imposing 100-foot building. Here they had to undertake a psychological challenge, climbing the 100-foot turntable ladder to the roof, followed by a leap of faith – stepping into thin air while suspended in a harness. Other challenges tested the leaders’ willpower and encouraged them to work as a team – ziplining from Tower A to Tower B in the OBI, or dealing with the fallout from a simulated traffic collision while simultaneously fighting a number of fires.

“We were trying to highlight different aspects of what DFB does – we included road traffic collisions, highline rescue work and swiftwater rescue on the beaches,” explains S/O Connolly. At one point the pressure proved too much for Seán Daly, a leader in his twenties, who clashed with S/O Connolly on the drill yard and was (temporarily) given his marching orders. “The exercises were designed to put them under pressure. The logic was, when they left us, the next time they’re put under pressure they can use their [newly developed] coping mechanisms,” he added.

However, S/O Connolly admired the enthusiasm and effort displayed by Seán and the other leaders, who were being pushed to their limits and beyond. “Seán – you could never doubt his effort. Chris, an amputee, he moved better than some of the other leaders, and his attitude and mindset was right,” he says. 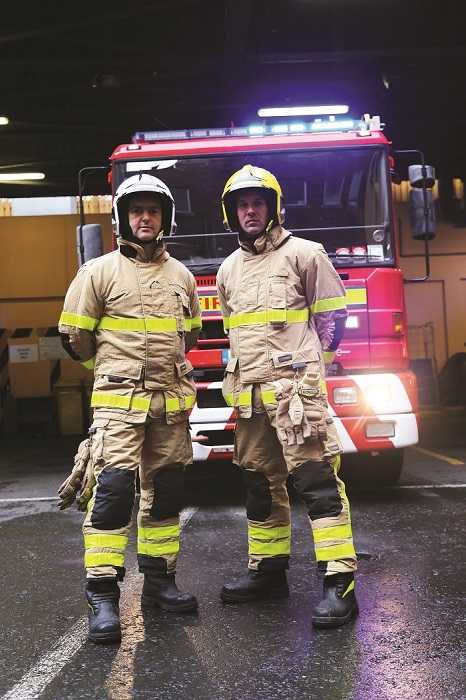 Devising, organising and implementing these challenges is a tough process, one that begins several months before the show begins. However, despite long days of planning and preparation, long hours to produce just a few minutes of TV time, S/O Connolly thoroughly enjoyed the experience. “It’s been fantastic – I get to push boundaries. I’m very passionate about DFB, and to be able to highlight it on a national stage is brilliant. It’s all very challenging, but I love it,” he tells me. “This year I was working with Stephen Howard, a firefighter from D watch Kilbarrack. He’s a qualified physical therapist – that was great when we were warming up the leaders, making sure nobody got injured. He was an absolutely brilliant asset.”

Clearly their hard work was a success – a combination of a healthy eating plan and new-found willpower meant that the leaders collectively lost almost 10 stone during the two months. “By embracing a healthier way of life they have inspired thousands of people around Ireland to transform their lives. Already the leaders have lost a serious amount of weight, but more important is what they’ve gained – a love for exercise and a healthier relationship with food. It would be hard to find five more inspirational people to be the leaders for the tenth series of OT,” said proud host Kathryn Thomas.

The leaders also performed admirably in a final race in the OBI against a team of All-Star leaders from previous series. The head-to-head competition was a tough test featuring an amalgamation of the challenges this series – ziplining from a raised platform; loading from an equipment dump to a DFB jeep; pulling the jeep from one end of the training yard to another; and racing to unload a tender to extinguish a fire. Though the race was close, the current leaders won the day.

“This year’s five leaders were working together as a team for a period of weeks at this stage – they had gelled together and were working very well as a team,” S/O Connolly explains. “But the All-Stars, when you brought them together they were five individuals, and they just hadn’t got that time together to perform at the same level. And the proof was in the pudding.”