Review: The Fix Is In 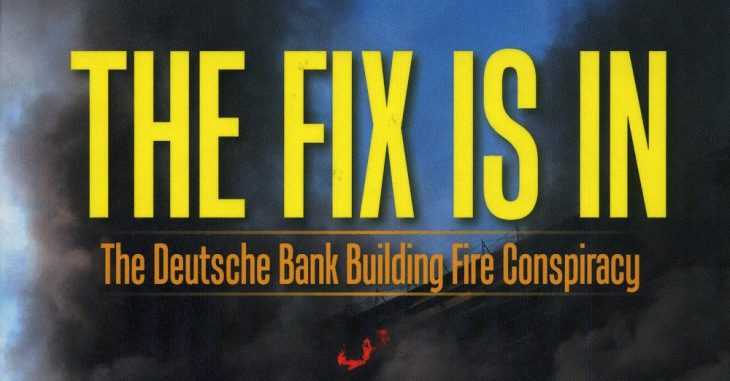 In August 2007, two FDNY firefighters lost their lives inside the Deutsche Bank Building. Now, a new book examines the story of what really happened.

Until early 2011, 130 Liberty Street, New York City was occupied by the Deutsche Bank Building. Heavily damaged during the attacks on September 11th 2001, the process of dismantling the building began in 2004. Three years later, just before 4pm on August 18th 2007, a seven alarm fire ignited on the building’s 17th floor.

Spreading across ten floors, which contained polyethylene sheets designed to prevent the spread of asbestos that was being removed from the building (among other fire accelerants), the fire would burn until later that night, by which time it had injured 115 firefighters, and claimed the lives of two – firefighter Robert Beddia (Engine Company 24) and Joseph Graffagnino (Ladder Company 5). The story of that day, and the events and conditions that led to the deaths of those two men, is told in The Fix Is In: The Deutsche Bank Building Fire Conspiracy, the work of J.A. Graffagnino, whose son Joseph died as a result of injuries suffered in the Deutsche Bank building that day.

Throughout the book Graffagnino builds his case against those who had responsibility for razing the building to the ground. Many of the facts unveiled are staggering – Graffagnino recounts how the building engineer told a FDNY officer that the building’s standpipe system (a series of pipes designed to supply water in a building for either the occupants or firefighters) was still operational that day, though crews arriving on the scene to deal with the fire found otherwise. Graffagnino recounts in meticulous detail the various shortcomings and shortcuts taken by those responsible for removing the Deutsche Bank building and their contribution to the events which unfolded on Liberty Street.

Though at times a little repetitive, Graffagnino presents an interesting account of each organisation involved and their background, detailing the intricate web of interconnected relationships and some rather unsavoury pasts. The narrative is boosted by interviews with firefighters of varying ranks who were there that day, offering a personal insight into what happened from inside and outside the building.

Simply mourning his son and moving on was not an option for Graffagnino. The book, the result of eight years of work, is the fascinating and harrowing culmination of Graffagnino’s efforts to seek out the truth of what caused the fire, resulting in a scathing condemnation of bureaucracy, compliance failures and a lack of accountability.