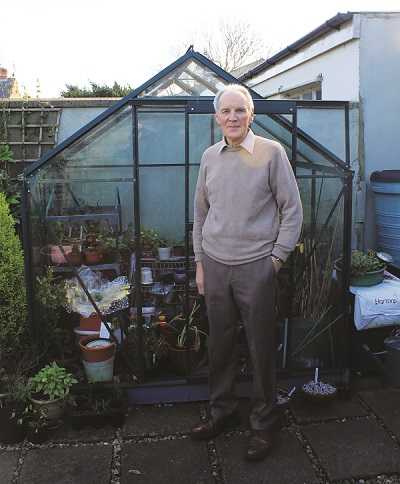 If you enjoy hiking through the mountain ranges of Ireland, Scotland and further afield, chances are you might bump into Patrick Madden. Retired from the job as a District Officer since 1995, the outdoors remain a great passion for the man from Glasnevin and, when I pay him a visit, he proudly shows me a photo of himself and his wife, taken at the top of Ben Nevis – the highest mountain in the British Isles. “I was at work one day and some of the lads said they were going hill walking. I asked if I could go with them – that’s nearly thirty years ago now – and I fell in love with it,” he says.

Patrick’s first exposure to Dublin FireBrigade came at a very young age, growing up in Sandymount. His father, also a firefighter, was on duty in Tara Street, and his mother brought the young Patrick in for a visit. “While we were there, just as we were leaving, a fire call came in and my father went out on the appliance,” Patrick recalls. “He was on the turntable ladder standing on the side of it. That was my first introduction to the service.”

A move to Chapelizod beckoned, and the family relocated to the quiet area sitting in the shadow of the Phoenix Park. Patrick recalls with a smile that he would cycle into the city on Christmas Day on a mission to deliver the Christmas dinner to his father, who by then was working in Buckingham Street. Patrick loved being around the station, chatting with the firefighters and admiring the polished engines – somewhere in those visits, a small spark was ignited. “It was great – meeting the lads, seeing the fire engines and everything so clean and spotless. I really couldn’t have seen myself working as anything else,” he tells me.

Patrick joined DFB in 1962, following several years in the hotel business. His first application had been turned down and he was in the process of applying to London’s fire service when word came that DFB were recruiting once again. He jumped at the chance, and thus began a career that would last more than 30 years, spanning four decades. Following his six weeks of training in Tara Street, Patrick remained there for less than two years, transferring to Dorset Street station under the watchful eye of Station Officer Paddy Hanratty. It was during his time in Dorset Street that the Noyeks timber factory fire occurred – in 1972 – an incident Patrick remembers well. “I had only been on the premises a few days before. We knew a lot of the staff who went by Dorset Street station on their way to work, and you’d often say hello to them. It was a terrible tragedy, eight people killed – a very sad occasion,” he says. By coincidence, several years later Patrick brought his car into a garage for

It was during his time in Dorset Street that the Noyeks timber factory fire occurred – in 1972 – an incident Patrick remembers well. “I had only been on the premises a few days before. We knew a lot of the staff who went by Dorset Street station on their way to work, and you’d often say hello to them. It was a terrible tragedy, eight people killed – a very sad occasion,” he says. By coincidence, several years later Patrick brought his car into a garage for repairs, and got chatting to the mechanic about his work. When he discovered Patrick was a firefighter, the mechanic revealed that he was a brother of one of those who lost their lives in the blaze. Not all of his memories are sad ones, however, and Patrick recalls a serious fire at the Central Hotel on D’Olier Street. Despite being trapped by the flames, many people were rescued. “I was so proud of the lads and the job they were doing,” he says.

Recalling such incidents brings us to another topic, one which was touched upon previously by Paddy Hanratty – counselling, or a lack thereof for firefighters in those days. Patrick mentions a case that took place many years ago, close to Christmas, in which a mother, her daughter and grandchild perished in a fire. “It’s great that there are now counselling services which modern firefighters can avail of,” he says. “There was one of our lads who worked with me when I was in Finglas – a great guy, a very nice fellow. He was on ambulance duty one night, a few years after I had retired, and he was attacked for no reason at all. It affected him so much that he had to retire a year or two later.” 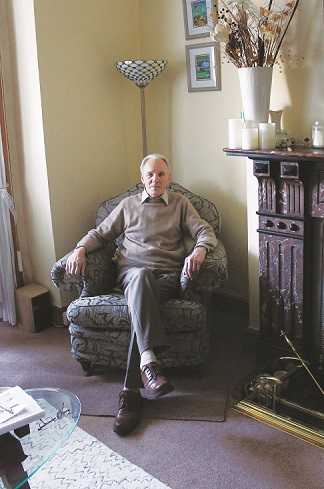 For Patrick, his father and many of their respective generations, working in the fire brigade was most definitely a calling, as pay was low and many other occupations could provide a much more promising financial incentive. Though he opted for life as a firefighter, Patrick was initially offered a position in hotel management, by a man he had worked with in the Russell Hotel in Stephen’s Green. “My father was earning something like £12 a week, and I was earning £20 or £25 in the bar business at that stage – it was incredible, the difference. Many men down through the years dropped money to join the service, and that’s called having a vocation,” he explains.

His departure from Dorset Street after 12 years was brought about by a promotion to Sub Officer, and Patrick spent the next few years doing relief work across a number of stations. His next, more permanent, post was in Finglas, where he arrived as a Station Officer following the death of his predecessor in a road accident. He would remain there for eight years. “It was a very busy station, covering Ballymun, the Airport and all of North County Dublin. It was a busy station but it had a great crew – I really enjoyed working with them,” he tells me.

After another stint at HQ, Patrick moved to Phibsboro, which had replaced the now defunct Dorset Street station in the intervening years. Chances are, one of Patrick’s exploits (and those of his crew) during this time were caught on camera, and could be gathering dust in a musty archive somewhere in Donnybrook. On turntable duty one Sunday lunchtime in Tara Street, a call was received concerning a fire in a building near Moran’s Hotel on Gardiner Street. With the fire having taken hold in the lower floors, a number of people were trapped. The turntable crew sprang into action and rescued those inside, with no injuries or deaths.

“Everything worked out perfectly. There were two women in it, one or two men and, if I remember correctly, a young child,” says Patrick. “What we didn’t realise when we were there that, while all of this was going on, there was a camera crew from RTÉ who were on the way to Croke Park for a match, and they got the whole lot on camera! It was on the news that night at six o’clock, fantastic coverage, and it was on the news later that night as well. We were all pleased at the way it went, it was great that it was successful and everybody was saved, but we never realised we were on camera.”

His time in Dublin 7 saw him promoted once more to District Officer, with a move to the O’Brien Training Institute not far behind. Moving from shift work to regular office hours was something of a shock to the system. “I was a bit dubious about it at first. I had been on shift work for those years, and then to be going in 9-5…” Having his weekends off, however, was a very welcome change. “I didn’t realise how many weekends I had missed when working the shifts, you just took it for granted, you went in and did the work,” he adds.

Following two enjoyable years at the training centre, Patrick retired in 1995. It wouldn’t be fair to say, however, that he is taking things too easy in his retirement. Having decided that he would remain an early riser, Patrick is quite active – on the several mornings he goes swimming, he’s at the pool for 7am. Once a week he hikes with his wife Clare and their friend John Williams, whose father was in the fire brigade, in the Dublin or Wicklow Mountains, and they often travel away to take in a different view. He also enjoys being an active member of the Retired Members Association, which keeps him in touch with those he might not otherwise see.

Looking back, Patrick is keen to stress that, if he had the chance to turn back the clock and take a second shot at life, he wouldn’t change a thing. “It’s nice to be able to say it – I’ve said it many times and I’ve heard other people saying it – if my life could be lived over, I’d do the same job.”