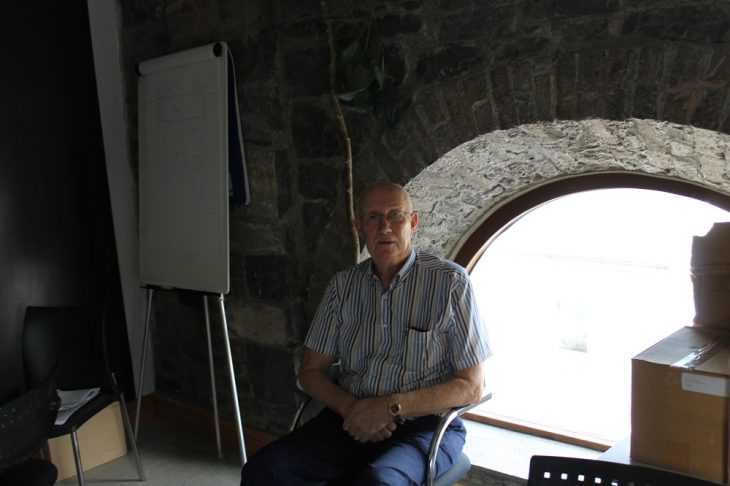 Conor Forrest sat down with former firefighter Paddy Rooney to learn more about his time in the brigade, the changes he has seen over the years, and the memories that have stayed with him.

It was the year in which Beatlemania first began, when Martin Luther King lead the March on Washington, when US president John F. Kennedy gave his famous Ich bin ein Berliner speech to a raucous reception in West Berlin, and the year in which he lost his life in Dallas, Texas. Back in Ireland, 1963 was also an important year for the 27 new recruits who began their lives with Dublin Fire Brigade on Monday, July 15th. One of these was Paddy Rooney, who had been working in England at the time, but successfully applied to the brigade and returned home. “I was glad to get home and into the fire brigade,” he recalls. “There were 27 of us who started in Tara Street. We did six weeks’ basic fire training and when we came on duty, we [worked] 24 hours day on, day off.”

The first six months of Paddy’s career were spent in Tara Street. From there he moved to Rathmines as the new station in Dolphin’s Barn was opened, around the beginning of 1964, he remembers. Another move, this time to Buckingham Street, was prompted by the reduction of working hours from 72 (or 96) down to 58, with an added influx of recruits to facilitate this.

After several years there, Paddy was on the move again, transferring to Tara Street and then onto Kilbarrack when they opened the station around 1971. Paddy would spend the next 11 years in Kilbarrack, during which time he completed a turntable ladder course. With turntable ladder operators required to be station in HQ, Paddy was off again, and finished out his remaining days in DFB at Tara Street, retiring at the end of August 1993. “I gave them 30 years,” he says. “I enjoyed it, I made great friends.”

Times, unsurprisingly, were quite different. Back then, training was conducted at Tara Street fire station and was enhanced by lectures from a number of different individuals, including one Dr Newman on a Monday night, while a Mr Cassidy from the John’s Ambulance taught recruits how to prepare splints and other basic medical procedures. Ongoing training was as much a part of the job then as it is now – Paddy recalls carriage wheel exercises in Buckingham Street, turntable ladder drills in Tara Street and, once BA sets were introduced into the job, they became acquainted with how they worked in smoke chambers in the training centre. However, as Paddy recalls, the real training came out in the field. “You wanted a turn out…that’s when you learned your trade from the senior men.” 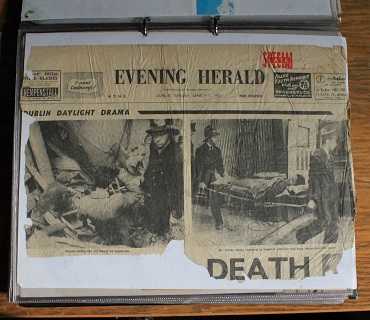 Newspaper clipping from the year Paddy joined, featuring DFB, from the OBI collection

Paddy smiles when I mention the recent RTÉ show Firefighters, which followed a number of the last batch of DFB recruits through the gruelling training process, and as they settled into life in their first posts. Life was a little different in DFB 30 years ago, not just in terms of the training regimes, but the appliances they had to hand.

“I was watching that Firefighters programme, the equipment they have and the way that they’ve [been] trained,” he says. “I remember I did a shift over in Dorset Street. There was an old blue ambulance there and it was just a glorified van. I remember we got a case down at the Parnell monument. We came down and there was no stairs on the door to keep it open while we were getting the stretcher out. The wind was coming up O’Connell Street and closing the doors! So I had to turn the ambulance around so the wind was blowing into the back.”

Paddy isn’t lamenting the loss of the good old days, however. In his mind, the changes and upgrading of equipment, training and health and safety can only be a positive step forward. “With the group we have, the retired members, the Firefighters programme was on and we said ‘were we in the same job at all?’ It’s great to see it though, it wasn’t healthy. It was [a more dangerous job]. There was no such thing as breathing sets, you just got in there. But we got through it.”

One thing that hasn’t changed (and probably never will) is human nature. Paddy agrees with a wry smile. “The thing that used to drive me mad when I was driving an ambulance or a fire tender [was] when you came up behind a car and they’d pull in, but they’d keep driving. And then there’d be a parked car and as you’d be going to pass them out they’d swing around the parked car. They wouldn’t just stop and let you go! And then you’re trying to change down and get your speed back up to try and catch up again. Just before I left, all the ambulances and fire appliances coming were automatics, in our time they had a crash gearbox and you had to know how to change your gears or you’d hear a lot of scraping and banging from the gearbox!”

Some memories, however, are better than others. One case that he has never forgotten took place out by Newbridge House, on the way to Donabate. At the time, Paddy was serving in Buckingham Street, and he remembers the details perfectly.

“It was a summer’s evening about 10 o’clock, during the 1960s” he recalls. “The ambulance from Dorset Street was ahead of us. It was a straight stretch of road, there had been a head-on collision between a scooter and a car. The lads out of Dorset Street were taking people out of the car, so they just said there was a BID, brought in dead. It was a young-ish chap, he was on the scooter. He went over the handlebars and was killed.”

The body was taken to a nearby morgue, accompanied by the guard who had been at the scene. Once he had finished the paperwork, the guard returned to measure the road, and discovered a girl’s shoe. Crossing into the grounds of Newbridge House, he found the shoe’s owner, a passenger on the scooter who was thrown out of sight over the wall. “She was dead,” Paddy says. “I reckon that if somebody had known, she might have lived. When we brought her into Jervis Street the doctor said she just had a broken femur, she probably died of shock, lying there for four or so hours. They stick in your head, these things – if only. But nobody knew she was on the scooter with that man.” 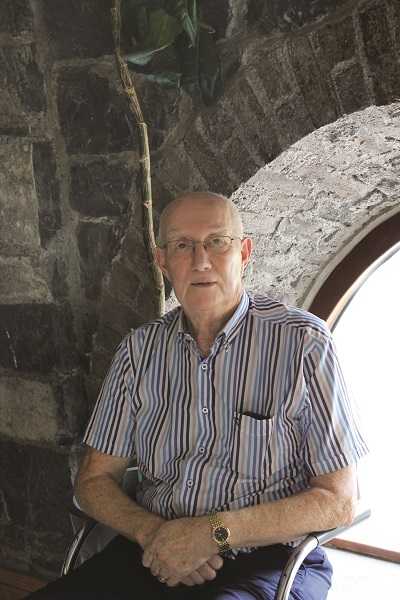 It could be a dangerous job too, at times. Paddy recalls one particular fire that burned in the city’s docklands, which caused hundreds of Kosangas cylinders to explode. “It started about 1am. The place was devastated, it was like a bomb site. The oil tankers were trying to get out because these things were shooting up into the air, you wouldn’t know where they were going.” Perhaps by a stroke of luck, or fate, Paddy was elsewhere for some of the most deadly incidents during his decades of service – most notably the Dublin bombings in May 1974, and the Stardust fire that occurred on Valentine’s Day 1981. For the former, he heard the bombs go off as he was going to work that evening, a large booming noise ringing out across the city. For the latter, he had worked the previous two nights, and was off duty on that night. “I was lucky, I didn’t have to see things like that,” he says. “It stays with you. I know some of the lads who were at the Stardust and they didn’t sleep for ages after.”

So how did they deal with such incidents? “Counselling wasn’t there in our time,” he explains. “We were in one of our meetings one night and the mobilisation officer in Tara Street said that he had got a call to say that the lads in Dolphin’s Barn were after getting a bad accident. The casualty officer in James’ rang and said ‘those men are going to need counselling’. So he rang the officer in charge in the Barn and asked what was going on. The man in the Barn said that the lads were having their dinner, so he’d have to wait until they were finished to see what did they want! No matter what they got, they got their food and into them quick. No counselling then. We had our own counselling.”

Paddy is long since retired from the hustle and bustle of daily life in DFB – 22 years now. What he enjoys most is the freedom – freedom to make plans without checking his work roster, for example. “When you’re retired, you can say ‘I’ll be there’, he says with a smile. The Retired Members Association also keeps him busy – they meet on the first Thursday of every month and organise any number of trips for their members; visits to other fire brigades, leisurely trips to all corners of the country, and beyond.

“It’s great to see the old crowd, people you would have worked with. We’ve been to China, we’ve been to Budapest. I was on three cruises,” he says. “The first cruise we took was to the Caribbean. We were all sitting on deck there one evening, having our cocktails. One of the lads said that if somebody had told us 30 years ago that in 30 years’ time we’d be in in the Caribbean drinking cocktails on a cruise…”