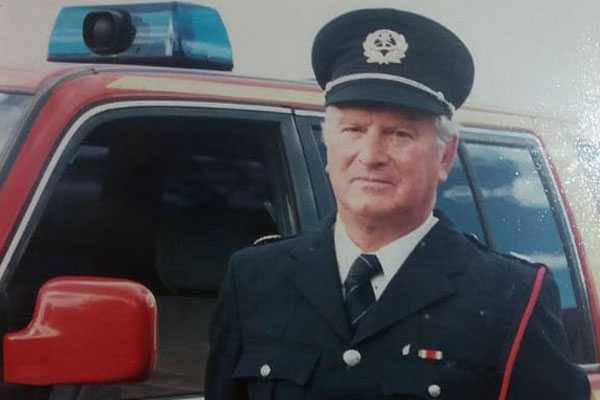 Willie O’Leary’s time with the Dublin Fire Brigade has been one of variety, having served in a number of stations across his 44-year career. During that time, he witnessed the expansion of DFB, first as one of the new recruits in 1963, and then as an officer as new stations opened across the city.

He joined Class 1/1963, the first of two classes that year. “That was the first year of the major expansion, when a lot more people were being brought in,” he says. “When I joined, my number was 158, and when you think about the numbers involved today, it shows how much the organisation has expanded since.”

Having two classes in one year is now not unusual, but Willie tells me that up until that year, it would have been, and what was more unusual was that the class saw active duty very early on.

“The night our class photo was taken, we got a call and were all taken out of the classroom and put on the old Green Goddess vehicles, and brought to a big fire at Fiat Motors in the docks,” he tells me. “Two firemen were seriously injured that night, so it was a major incident, but that was my first fire. You could say it was a baptism of fire.” 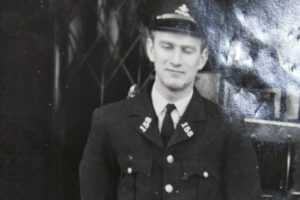 After graduation, Willie was stationed at Tara Street, but was soon on the move, and spent time at several stations around the city, some of them just opened. “I was posted to A Watch in Dolphin’s Barn on the very day it opened,” he says. “I moved to Dorset Street and was there until 1974, then was posted back to Tara Street, then North Strand in 1976, where I was promoted to Sub Officer, then Tallaght in 1982, as well as Finglas. I was then promoted to S/O in 1983, then D/O in 1995.”

Willie was serving as S/O for the opening of Phibsboro station, telling me that his was the first engine in there, as well as for the opening of Rathfarnham and Donnybrook stations, while his was “the last car out of Rathmines before it closed”, so he has witnessed a lot of change over the years.

When I ask how he came to be at the opening of so many stations, and if this was a case of ‘right place, right time’, he laughs: “That’s debateable! I just happened to be the S/O on the day, and you were just told to go.”

While he was serving in Finglas, Willie was involved in putting together a document called Working Together alongside Dublin Airport – who came under their jurisdiction at the time – the Gardaí and other relevant organisations to create a protocol for responding to incidents at the airport.

“Until then, we would take charge of any incident there,” he tells me, “but we looked at best practices and came up with the Working Together plan. That document is still in use today, though it has been updated.”

Willie was also heavily involved in the Port Tunnel project.

“That was very interesting,” he tells me. “I oversaw the equipment needed and the testing of that, before we brought people to the Training Centre where they were given different projects to work on. Myself, the then Assistant Chief Fire Officer and Richard Hedderman were involved in this, as well as a young firefighter called Dennis Keeley, who was brought in on logistics. Look where he is now!

“I was also involved in the plans for the types of vehicle and equipment that would be needed, and tested the gear we would need to wear. That included having to walk from the Tunnel entrance at Whitehall to Fairview to test the gear and see if it was ok to breathe in over distance.”

Asking about the good and bad times, Willie tells me that in 1972, while he was at Dorset Street, he was the first vehicle at the scene of the Noyeks timber yard fire on Parnell Street, where eight people had lost their lives. “That stayed in the memory,” he tells me. 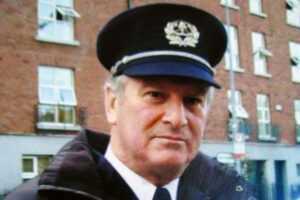 “I did enjoy my time though,” he adds. “The most rewarding thing was the comradeship between individuals. You worked with individuals you depended on, and they depended on you. I think that is the Dublin Fire Brigade story, really.

“I wouldn’t say I miss the job now, but it did take me a while to return to the normal way of life after leaving,” he tells me, “because being in the Dublin Fire Brigade means you live from call to call.”

Upon retirement, Willie has remained an active part of the Sports and Social Club and the Retired Members Association, where he is Vice-Chairman, and similar to his career, has seen a lot of variety in his roles.

“I was involved in the Sports and Social Club for almost 40 years,” he says. “I am still a Trustee, but I was Chairman, Treasurer, and put my time in the bar business to good use as bar manager when we used to have a club bar. I was a bit of a jack of all trades.”

That has continued to this day, with Willie now in his retirement spending his time doing a number of different things.

“I spend a lot of time in the garden, a lot of walking, and I play bowls, there’s variety,” he agrees. “But I must say, I really enjoyed my career in the Dublin Fire Brigade, from the time I went in until the time I left.”