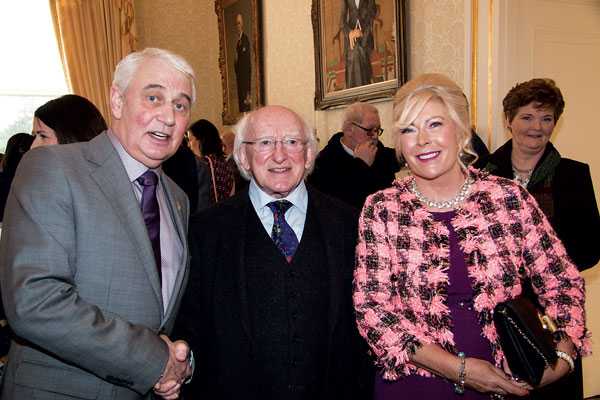 Former D/O Paddy O’Mahony talks to Adam Hyland about his career and second chance at life.

As a former firefighter who rose to the rank of D/O, Paddy O’Mahony gained a lot of experience and saw a great deal in his career, but is more than happy to now spend his time at home relaxing, or “becoming a lazy individual” as he puts it.

Enjoying his life now is even more poignant considering that in 2010, aged 57, he was diagnosed with an aggressive form of Idiopathic Pulmonary Fibrosis, a debilitating disease that saw him given just three years to live.

A lung transplant gave him a second chance, and his return to health is an experience that ranks as high as any of those he gained in his career as a firefighter, he tells me.

That career began in February 1978 when Paddy left a job in the post office to join Dublin Fire Brigade. “It might sound like a cliché,” he tells me, “but I wanted to serve the public. So, I joined up, and after training in Kilbarrack, I was sent to Tara Street on B Watch, and after a year there was sent out to Finglas.”

Following several years serving in Finglas, Paddy was promoted to Sub-Officer and returned to Tara Street on B Watch.

“I was a little apprehensive when I first became a Sub-Officer,” he says, “because instead of taking orders I was giving them, and sometimes to firefighters who were a hell of a lot more senior than I was and had more operational experience. But after a while I bedded into the role and realised that it wasn’t as cut and dried as that, and that I had something to offer. I enjoyed it more then.”

After six years as Sub-Officer, Paddy was promoted to Station Officer and was sent to Phibsoro station, and took the change in his stride. “The transition from firefighter to Sub-Officer was big but the transition from Sub-Officer to Station Officer wasn’t as dramatic, because you had partly been doing the work of an S/O anyway,” he tells me. “Changing stations a lot didn’t matter to me, because while the surroundings and the faces might be a bit different, the actual job remained the same, and I enjoyed the job.”

Becoming “a floater”, Paddy moved around to various stations depending on their needs, before he was once more sent to Finglas where he was a relief S/O, and began training recruits on various pieces of equipment and became a BA Instructor.

After several more years he was again on the move, this time stationed in Rathfarnham, where he served for three years, then C Watch in Blanchardstown, before returning to Tara Street as a Senior S/O on A Watch.

“After all of that, I was sent back to Phibsboro A Watch on a permanent basis,” he says, “and was there a few years before I became D/O and moved to Finglas. I must say I enjoyed working in every station, but I especially liked the good many years I spent in Finglas, both as a firefighter and an officer, because I was brought up in Finglas
and knew the area well. I felt comfortable there.” 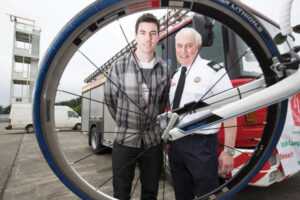 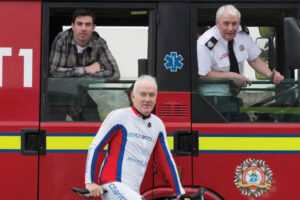 The final move was back to Tara Street D Watch, where Paddy became Mobilisation Officer, but he tells me that in his time as a firefighter, he saw a huge variety of incidents that all helped him build up a large volume of knowledge and experience.

“When faced with some bad situations, your humanity kicks in and sometimes you ask how something could have happened, but you also have to approach it as a situation that has to be dealt with,” he says. “DFB has been on the frontline for more than a century, they are almost always the first on the scene, so you have to be able to deal with whatever you face.”

That building up of experience was, and is, important to Paddy, and he is keen to point out that the knowledge shared by other firefighters helped him immensely when it came to his own career.

“The thing is that it is important to listen to those around you,” he tells me. “One of the beauties of the Fire Brigade is that a lot of tradesmen come into the job – carpenters, electricians, mechanics, plumbers – who have a lot of knowledge, and that is why it is important to get to know the people you work with, because you can gain great knowledge from them and their experiences.”

He gives an example of a callout that involved an articulated truck crashing into a petrol station forecourt with the vehicle stopping right above two pumps. “I was looking at the situation with no idea how to get the truck off the pumps,” he says, “but one of the lads, who was a mechanic, explained and showed me what to do. When the job was done, I said thanks to him, because if he hadn’t shared his knowledge, I would still be standing there scratching my head.

“I always remember he said ‘thanks for listening to me’, and that meant a lot to me, because I appreciated what he had told me, but he also appreciated that I had recognised the part he had played, and was willing to take on board his experience and use it.

“There were a few incidents like that where lads with specific knowledge or experience were able to suggest the best way to do something, and I learned from them. But you have to be open to these suggestions. It makes life easier if you are prepared to listen to others and learn from them. In order to be a part of a good working team you need to be able to do that and put what you have learned into practice the next time, and pass on your experience after that.”

Back in Tara Street as Mobilisation Officer, life took a sudden turn for Paddy in 2010.

“I got to the stage where I was having difficulty going up and down the stairs at work, so I went to my GP, who sent me to Beaumont Hospital for tests,” he tells me. “They thought I had TB, but after more tests, the next day the doctor told me I actually had Idiopathic Pulmonary Fibrosis. That information went over my head, so I asked him to explain, and he told me that I had scarring of the lungs.

“I was shocked when I asked for a prognosis and he told me I had two and a half to three years to live. I just sat there beside my wife trying to take it all in, I couldn’t believe it, it didn’t seem real because while I was having trouble breathing, I didn’t feel that unwell.”

Paddy returned to work, knowing that time was not on his side, and while hooked up to oxygen, continued in his job as a way to deal with the situation and not feel “like a patient”. He was put on a transplant list and eventually in 2013, when time was running out, he underwent surgery to receive a donor lung, and nine days later was back home, even taking to his bike for exercise.

“I was very lucky, and I am very grateful to the family of the donor, and that I have been able to recover,” he says, “and I was able to return to work within the year. I was very lucky in that at the time of my diagnosis my job meant I didn’t have to turn out anymore, because as a D/O, I didn’t have to do manual work, I was paid from the neck up, so to speak. Other officers also helped out by giving me their leave, which was very kind of them.” 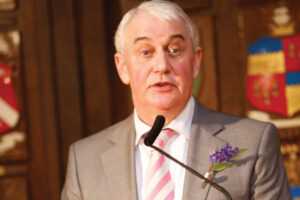 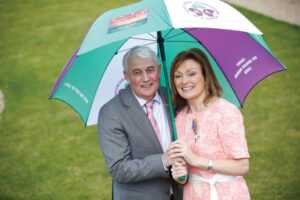 With a new lease of life, Paddy looked to repay what he could and within DFB organised charity cycling fundraisers for the Irish Lung Fibrosis Association and the Irish Heart and Lung Transplant Association, which he became chairman of, with the help of FF/P Brendan Lodola and his brother Mario. He also helped raise awareness for organ donation and took part in the European Transplant Games in 2014 where he took home a medal for golf.

Paddy also decided after a period back in work that by 2014 it was time to retire, and looking back, he says he has “nothing but admiration and praise for DFB members” but knew when it was time to leave.

“I got to the stage where I had been in the job for 37 years, and didn’t need to keep doing it,” he says. “I had done my service and earned my retirement, after working all my life.

“The downside,” he adds, “is that you can lose a sense of purpose. I also miss the comradeship and the bit of craic, and there is a great black humour in the job that I really enjoyed. I always enjoyed going to work, there was never a day I didn’t look forward to going in, and when I finished one shift, I looked forward to the next one. I have to say I enjoyed my time in DFB 100%, and if someone was to ask me if I would go back and do it all again, I would definitely be happy to do it.”