In memory of Ian McCormack 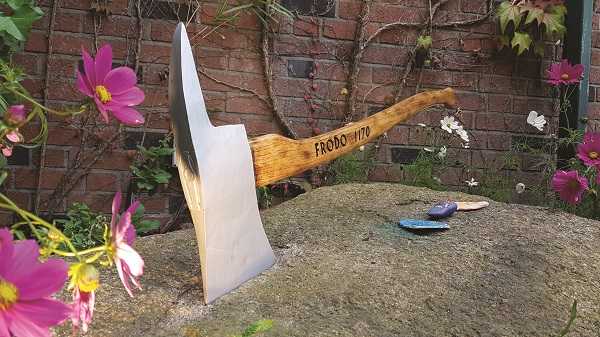 The crew of B watch Dolphin’s Barn unveiled a garden memorial in the grounds of the station for their colleague Ian McCormack.

On Saturday August 20th 2016,  friends, family and colleagues of Ian ‘Frodo’ McCormack gathered in the garden of Dolphin’s Barn fire station for the unveiling and blessing of a memorial axe in his memory. The date marked six months that weekend since Ian’s passing.

Ian’s colleagues on B watch invited a small group of close relatives and friends for the unveiling shortly after the beginning of the night duty, with refreshments afterwards in the station mess hall. After an introduction from S/O Tom Doolan the local priest said a few short words and Ian’s son Alex cut the ribbon and unveiled the axe. The axe itself simply has the words ‘Frodo 1170’ sandblasted and painted onto it and is embedded into a granite stone in the garden and lit up in the evening with spotlights.

There are words of thanks needed for some people who were involved in bringing the evening together with the small project taking a few weeks to plan. The garden was brought back to life and rejuvenated by Chris Keeley (B watch) who spent days working tirelessly in the garden alongside an army of helpers with Martin Keogh there to supervise! The sand blasting was done by a local stonemason from Loughlinstown called Peter Kelly who gave his services for free and did a superb job as anyone who has seen the finished memorial would agree. A special thanks to Stephen McMenamy for sourcing the axe that was used.

Finally, a mention to Craig Lancaster who is manager of the Tesco Express in Dolphin’s Barn for his contribution of a community voucher to assist us in organising the refreshments, along with Third Officer John Keogh who also assisted us in the organisation of the evening. Ian is sadly missed by everyone but hopefully this small memorial will help his memory live on and serve as a reminder to us of the laughter and memories he gave us.